I am a huge fan of sushi, sashimi, ceviche, fish tartare, poke and more of the same, I suppose!!

I recently took a trip to Hawaii and there was poke everywhere!! I MEAN EVERYWHERE!! We chose four different places to taste poke specifically at each one.  I was not disappointed in the least.  They all offered something different, yet the same satisfying taste of traditional poke…at least I think so.

My favorite cuisines by far is that of Asia, Southeast Asia and The Caribbeans.  The flavors are so dynamic and fun to work with.

I interned at an Asian Fusion restaurant in San Francisco the summer of 2016.  There is an Ahi Tartare on the menu and I couldn’t wait to get to work everyday and make it.  The aroma of sesame oil, fresh cut onions and beautiful bulbs mixed with this beautiful piece of ahi…ohm

Here’s my interpretation of one of my favorite dishes to both eat and share with other people.  It’s a stand-out at intimate dinners and parties. Hope you enjoy it too! 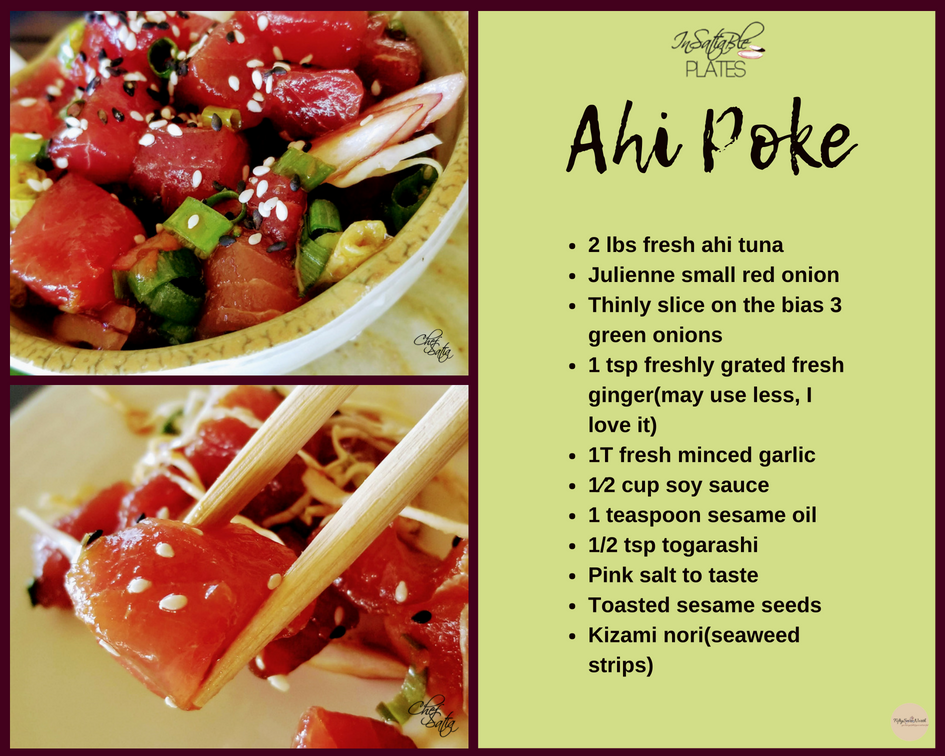 Fresh AHI…is a must. Cut them into cubes or ask the butcher to do it for you. Put that aside in a cool place(fridge).

Heat up a dry skillet and add the sesame seeds.  Toast them for 3-5 minutes and set aside.

Mix the other 8 ingredients.  Allow them to marry and sit for for 30 minutes to and hour.  You may let it sit longer if you’re not using/eating the poke immediately.

When you’re ready toss the mixture with the AHI.  When serving top with the toasted sesame seeds and nori.

Serve it on top of a bed of lettuce, a himalayan salt block or a rice cracker…

This site uses Akismet to reduce spam. Learn how your comment data is processed.

An Edible Excursion In Atlanta

Food Crawling in the ATL with my sisters & co-culinarians during Black Restaurant Week…EPIC!!! Why Atlanta? First off, I had never been. Secondly, Darius, of Darius Cooks by way of […]

I am a huge fan of sushi, sashimi, ceviche, fish tartare, poke and more of the same, I suppose!! I recently took a trip to Hawaii and there was poke everywhere!! […]

#AllBlackWeekend in the Bay started with hashtags: #BlackPantherSoLit #WakandaForever #FoodArtLoveNoir & ended with a BANG! The premiere of Black Panther was a prelude to our, Food Art & Love event. […]

SATURDAY FEBRUARY 17, 2018 IN THE INTERNATIONAL SUITE 1721 BROADWAY OAKLAND 6PM-10PM…COME GET YOUR CULTURE ON!!! LOCAL BAY ARTISTS, CHEFS & VENDORS ARE EXCITED TO SHARE THEIR CANVASES WITH YOU!! […]

You can’t get full if your soul isn’t fed 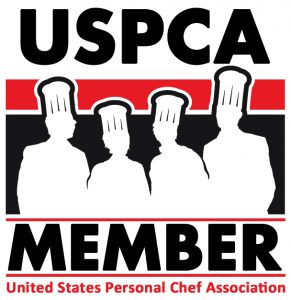